An ISRC is made up of four parts:

Hover over the ISRC for a breakdown of the code

ISRCCode IdentifierJMCountry Code — two characters issued by the ISRC Agency-K40Registrant Code — a three character alphanumeric code issued by the ISRC Agency-14Year of Reference — the last two digits of the year in which the ISRC is assigned to the track — allocated by the registrant-00212Designation Code — five digit unique code assigned by the Registrant. These numbers must not be repeated in the same calendar year. 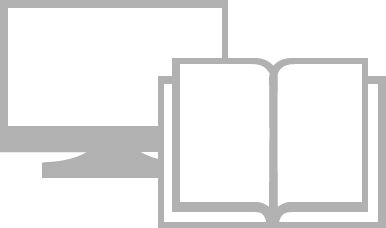 These are the first two characters issued by the Agency that you apply to, for example, JM for Jamaica, and must remain the same regardless of the territory that your recordings may be distributed in. The Country Code does not change if the recording is sold or licensed in other countries.

If Jamaica allocated K40 to a Registrant; and Germany did too – the ISRCs would still be unique because of the different Country Codes:

The two-character country code is assigned from the ISO 3166-1 alpha2 table of codes, corresponding to the territory of the National Agency to which the Registrant addressed a request for a Registrant Code.

Please note the Country Code does NOT reflect the country of origin of the recording, it only reflects the territory in which the registrant was allocated a Registrant Code.

This is a unique three character alpha-numeric code issued by the Agency, such as K40.

The first two parts of the code combine to create a unique Prefix – JM-K40 that is issued to the registrant.

The third part of the ISRC is created by the registrant when an ISRC is assigned to a track.

This third part of the code is the last two digits of the year in which the code is assigned to the track, not necessarily when the recording was made.

This is the final part of the code and is created by the registrant when an ISRC is assigned to a track. The Designation Code is 5 digits long – only numbers can be used for this section of the code.

The Designation Code must be unique for every track within a given year. It is recommended that the numbers start 00001 and move up from there. As the year changes, so will the Year of Reference and you can then begin again at 00001.

It is important to ensure that every unique recording is assigned a unique ISRC and that multiple ISRCs are not issued for the same recording.